15. The Violin According to Blake Pouliot

An uncommon virtuoso with a sound palette of exquisite sensitivity: Blake Pouliot, winner of the OSM Manulife Competition in 2016, is the rising star of the young generation of Canadian violinists. In a programme that contrasts the dramatic intensity of Janáček and the peerless optimist of Mozart, Blake Pouliot’s violin also leads the dance to the unbridled, Tzigani-inspired  rhythms of works by Bartók and Brahms

« The charismatic 24-year-old left jaws on the ground with his spotlight performance, displaying impeccable instincts and a clean, delicate touch that was showcased to perfection in the new shell” – Ottawa Citizen 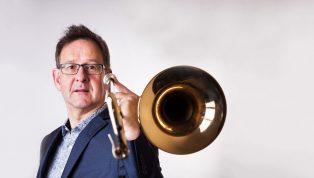