Under the direction of OSM Assistant Conductor Thomas Le Duc-Moreau, William Grant Still’s Symphony no. 2, “Song of a New Race” will fill the Maison symphonique with sounds derived from African-American folklore and symbolic of the American “New Man” of the 1930s. The first part features two exquisitely lyrical works by Samuel Barber, including the latter’s Violin Concerto performed by young virtuoso Kerson Leong.

–> Must read: An “Afro-American” Symphony in Search of Openness, by Benjamin Goron

Thomas Le Duc-Moreau held the position of Assistant Conductor of the Orchestre symphonique de Montréal from 2019 to 2021. Immediately upon assuming this role, he made his OSM debut conducting a regular-season concert on short notice. He went on to conduct two more main series concerts. In addition to serving as the assistant to Music Director Kent Nagano, he collaborated with guest conductors Bernard Labadie, Susanna Mälkki, Rafael Payare and François-Xavier Roth. Le Duc-Moreau has also conducted more than twenty OSM concerts for young audiences and special activities. He previously served as Assistant to Fabien Gabel, with the Orchestre symphonique de Québec, and Jacques Lacombe, with the Orchestre symphonique de Trois-Rivières. He is also the founding Artistic Director of Ensemble Volte. As a guest conductor, Le Duc-Moreau has collaborated with the Bonn Opera, Opéra de Québec and the Prague National Theatre Orchestra.

Kerson Leong first took the music world by storm in 2010 by winning the coveted Junior First Prize at the prestigious Menuhin Competition. Ever since, the young Canadian violinist has astonished and won over fellow musicians and audiences throughout the world with his exceptional and innovative mastery of his instrument, his natural ability to convey the subtlest of emotions, and the colossal scope of his live performances. Dubbed “Canada’s next great violinist” in the online music magazine Ludwig van Toronto, he has distinguished himself by his unique approach as one of the most brilliant musicians of his generation.   Kerson has played in some of the most famous concert venues around the world, from Carnegie Hall’s Stern Auditorium and the Auditorium du Louvre to Wigmore Hall and the National Center for the Performing Arts in Beijing. In the 2020-2021 season, Kerson performs with the Orchestre symphonique de Québec, the Orchestre royal de chambre de Wallonie (Belgium), Orchestre symphonique de Sherbrooke, the Toledo Symphony, and plays new compositions by Samy Moussa under the latter’s direction with the Toronto Symphony Orchestra. In the 2018-2019 season, Kerson was named Artist-in-Residence with the Orchestre Métropolitain de Montréal under Yannick Nézet-Seguin. 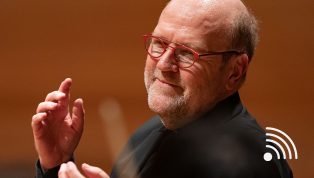 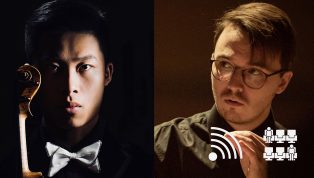 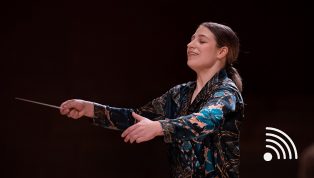 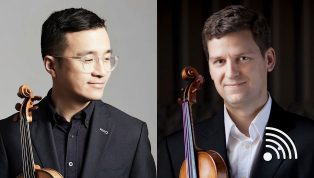 The OSM and James Ehnes: From Darkness to LightWEBCAST COMPLETED