Brahms, Variations on a Theme by Paganini, op. 35, Book I

“Schuch’s mastery of colour and of summoning up the composers’ creative individuality shines different lights on his invocatory stimulus, and the entire recital is much more than the sum of its parts.” – Gramophone

Beethoven’s beloved Eighth Piano Sonata was published in 1799 as the Grande Sonate Pathétique. This title connected the sonata with all forms of the pathétique or tragic, embodying the defiance that for Schiller was the purpose of tragic expression. An uneasy slow introduction and restless Allegro set the Sonata’s troubled tone, with the Grave opening chords returning to preface both development and coda. The central Adagio cantabile truly sings, with three iterations of a sweet, lyrical theme separated by two contrasting episodes—the second “like a duet between mezzo-soprano and baritone” (musicologist Eric Blom). The final Rondo returns to the stormy anxiety of the opening.

Brahms’ Paganini Variations have been legendary since their first appearance in 1865. Clara Schumann called them Hexenvariationen—Witch Variations—and James Huneker writes, “To play them requires fingers of steel, a heart of burning lava, and the courage of a lion.” Book I contains fourteen variations and a coda, throughout which Paganini’s Caprice no. 24 undergoes feverish and fantastical mutations far beyond the scope of normal variation. Liszt first heard Paganini at the Paris Opera in 1832 and was profoundly inspired, writing to a friend “What a man, what a violinist, what an artist!” “La Campanella” is based on the third movement of Paganini’s Second Violin Concerto, which famously calls for a little handbell in the orchestra. 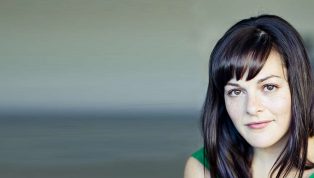 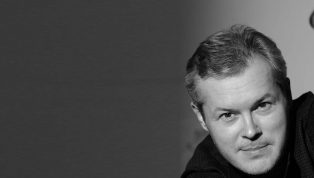