SUBSCRIPTIONS: A CHOICE WITH MANY ADVANTAGES

Plan your outings to see and hear the OSM, according to your preferences! Don’t miss a beat of this extraordinary season! More than 60 concerts with plenty of works and composers to (re)discover in the exceptional acoustics of the Maison symphonique.

GIVE, AND OFFER MUSIC!

Support the OSM by making a donation with your purchase and contribute to the Orchestra’s mission of accessibility and education. Each $40 donation will allow us to offer a concert ticket to a designated community group. Thank you for your generosity!

Laurence Equilbey figures among today’s leading French conductors. Renowned for her distinctive artistic vision and demanding yet open-minded approach, she is the founder and Music Director of the Insula Orchestra devoted to Classical and pre-Romantic repertoire on period instruments, and of Accentus, an award-winning chamber choir based in Paris. Her work garners exceptional critical acclaim and she has made numerous recordings notably for Deutsche Grammophon and Warner Classics/Erato. Equilbey’s exploration of the symphonic repertoire takes her to major stages throughout Europe, leading prominent orchestras including the Brussels Philharmonic, HR-Sinfonieorchester Frankfurt, Orquestra Simfònica de Barcelona i Nacional de Catalunya, and Philharmonia Orchestra London. Equilbey partnered with La Fura dels Baus in a groundbreaking production of Haydn’s Creation in their 2018 North American debut at Lincoln Center’s Mostly Mozart Festival. Her innovative work extends to renowned period ensembles such as the Akademie für Alte Musik, Concerto Köln and Handel and Haydn Society.

Berlin-based Canadian cellist Bryan Cheng is one of the most compelling young stars on the classical music scene. He made his sold-out Carnegie Hall recital debut at 14 and is a laureate of some of the world’s most prestigious competitions, most recently the Queen Elisabeth Competition and Concours de Genève. This season, Bryan makes his debut at the Berliner Philharmonie, returns to the National Arts Centre Orchestra and appears with the National Taiwan Symphony Orchestra, Winnipeg Symphony Orchestra, Orchestre symphonique de Sherbrooke and Wiener Stadtorchester. Previous accomplishments have taken him around the world with prominent conductors and on tour across Canada with the National Youth Orchestra as the winner of the Michael Measures Prize (Canada Council for the Arts). Cheng is a renowned chamber music player, a frequent guest at international festivals, and a critically acclaimed recording artist. He plays the “Dubois” Antonio Stradivarius cello (1699) graciously loaned by Canimex.

Angela Hewitt’s wide-ranging repertoire, worldwide performing career and prizewinning recordings place her among our era’s leading pianists. She is also recognized as one of the foremost interpreters of the music of Johann Sebastian Bach, receiving the coveted City of Leipzig Bach Medal in 2020. In 2016, Hewitt began her Bach Odyssey, performing the composer’s complete keyboard works. In 2015, she was inducted into Gramophone Magazine’s Hall of Fame, her recordings regularly topping international classical charts. In addition to performing as a soloist, she leads prominent orchestras, conducting from the piano. An artist-in-residence at London’s Wigmore Hall, her recitals take her to the most prestigious venues. Angela Hewitt was a child prodigy from a musical family and studied at the University of Ottawa with Jean-Paul Sévilla. She is a Companion of the Order of Canada, a member of the Royal Society of Canada, received the OBE, and holds seven honorary doctorates.

Blake Pouliot’s playing is described as “immaculate, at once refined and impassioned” (ArtsAtlanta). This determined young violinist rose to the highest ranks of the classical music scene with a passion that enraptures his audience at every performance, establishing himself as “one of those special talents that comes along once in a lifetime” (Toronto Star). In 2021-2022, he made his debut with the Boise Philharmonic, Omaha Symphony, Plano Symphony, Sarasota Orchestra and Winnipeg Symphony, and gave return performances with the symphony orchestras of Vancouver, Naples, Nova Scotia, and Tallahassee. Pouliot’s upcoming recital engagements are scheduled in Philadelphia, Sarasota, and Miami. In addition, he will tour Europe as Artist-in-Residence with NPR’s Performance Today. Blake Pouliot graduated from the Colburn School Conservatory of Music. He performs on the “Guarneri del Gesù” (1729), generously loaned by the Canada Council for the Arts Musical Instrument Bank as First Laureate of their 2018 and 2015 competitions. 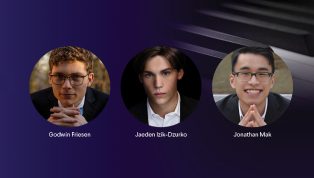 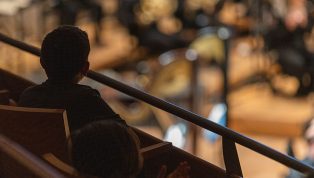 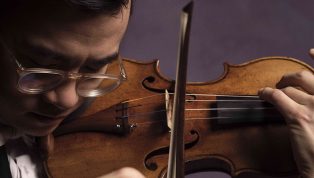 * Prices, artists, repertoire, and concert dates and times may be modified without notice. Prices include a non-refundable service fee of $12.00 per ticket. Some handling fees may be charged. See all terms and conditions.

This presentation is made possible thanks to the Gouvernement du Québec program Plan de relance économique du milieu culturel.