Under the direction of Rafael Payare, the OSM’s new Music Director Designate in 2021–2022, Quebec pianist Charles Richard-Hamelin performs a gem of the repertoire: Mozart’s poignant Piano Concerto no. 24. Gubaidulina’s Fairytale Poem brings a touch of enchantment to the program, while Ravel depicts the wonderful world of Ma mère l’Oye (Mother Goose) with exquisite reserve and refinement.

> Rafael Payare: Music as the Breath of Life

Once you have completed your purchase, you will receive a viewing link by email that gives access to the webcast.

Charles Richard-Hamelin stands out on the international music scene as a “highly sensitive” pianist (Gramophone), driven by “a great depth of feeling without the slightest condescension” (Le Devoir). He is recognized as “fluent, multifaceted and tonally seductive… a technician of exceptional elegance and sophistication” (BBC Music Magazine).

Charles Richard-Hamelin has recorded five albums to this day, all published on the Analekta label. In 2015, he first recorded acclaimed performances of Chopin’s last works. Launched in 2016, his second album brings together works by Beethoven, Enescu and Chopin, recorded in concert at the Palais Montcalm in Québec City. His discography then was enriched by two more CDs, one devoted to the first part of a complete collection of Beethoven violin and piano sonatas, recorded with the solo violinist of the Orchestre symphonique de Montréal, Andrew Wan. His latest offering, devoted to Chopin’s two piano concertos, was recorded live in concert at Montréal’s Maison symphonique with the Orchestre symphonique de Montréal under the direction of Kent Nagano. His most recent collaboration with Les Violons du Roy leads to the publication of his latest album: Mozart’s Piano Concertos Nos 22 and 24, under the direction of Jonathan Cohen. These albums received awards and enthusiastic reviews from the leading music critics. 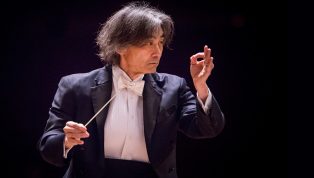 From Beethoven to Poulenc: Kent Nagano, between Thought and RefinementWEBCAST COMPLETED 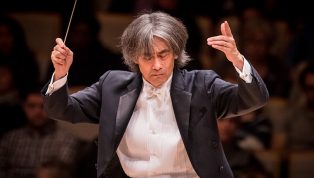 Strings, Winds and Piano: The Art of Contrast According to Kent NaganoWEBCAST COMPLETED 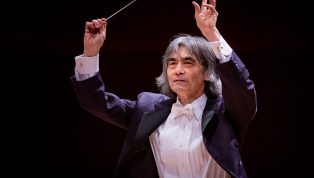