The OSM’s musicians and Chorus, conducted by Kent Nagano perform Fauré’s deeply moving Requiem, a contemplative, luminous work of great consolation and serenity that words cannot fully describe. Also on the programme: two works inspired by the faith and hope of Messiaen, one of the 20th century’s most fascinating and influential composers.

« It has been said that my Requiem does not express the fear of death and someone has called it a lullaby of death. But it is thus that I see death: as a happy deliverance, an aspiration towards happiness above, rather than as a painful experience. » – Fauré

Kent Nagano is renowned for his clarity, elegance, and intelligence in performance. He enjoys a steadfast international reputation, engaging with a vast repertoire spanning the Baroque era to contemporary music, championing little-known works while bringing new ideas to the performance of the established repertoire. In 2015, he was appointed General Music Director of the Hamburg State Opera and Principal Conductor of the Hamburg Philharmonic Orchestra. From 2006 to 2020 Maestro Nagano was Music Director of the OSM and was appointed Conductor Emeritus in 2021. From 2000 to 2006, he served as Music Director of the Deutsches Symphonie-Orchester Berlin – of which he is Honorary Conductor – and from 2006 to 2013 of the Bayerische Staatsoper in Munich. In 2019 he was appointed Honorary Conductor of Concerto Köln, the Baroque orchestra with which he is working on the Wagner Readings project. Born in California, Kent Nagano spent his early professional years at the Boston Opera and subsequently as Assistant Conductor to Seiji Ozawa at the Boston Symphony Orchestra. He was Music Director of the Berkeley Symphony Orchestra from 1978 to 2008, and of the Opera national de Lyon from 1988 to 1998. Maestro Nagano served as Associate Guest Conductor of the London Symphony Orchestra from 1990 to 1998, Music Director of Manchester’s Hallé Orchestra from 1991 to 2000, Principal Conductor of the Los Angeles Opera from 2001 to 2004, and then Music Director of the latter institution up until 2006. Among many distinctions, he received a Juno Award for his recording of Beethoven: The Ideal of the French Revolution (2008), and the Echo Prize for L’Aiglon (2015), both with the OSM. Maestro Nagano was named Commander of the Ordre de Montréal, Grand Officer of the Ordre national du Québec, Companion of the Ordre des arts et des lettres du Québec, in addition to receiving the Governor General’s Meritorious Service Medal. Recent recordings with the OSM: Ginastera – Bernstein – Moussa: Works for Violin and orchestra (Analekta, 2020); Penderecki’s St Luke Passion (BIS, 2020); The John Adams Album (Decca, 2019); A Quiet Place (Decca, 2018). Recent tours with the OSM : The Americas (2019); Europe (March 2019) ; Nunavik and Côte-Nord (September 2018); Krakow and Salzburg (July 2018). 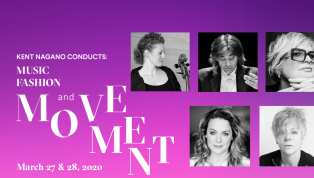 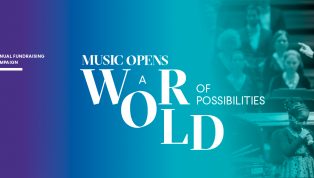 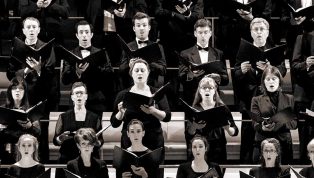