5. The Romanticism of Vadim Repin under the direction of Kent Nagano

As night falls, a toymaker’s store comes to life as dolls throw themselves into a series of unruly dances: welcome to Respighi’s Magic Toyshop! As for Bruch’s Violin Concerto no. 1, it has become so famous as to virtually eclipse the composer’s other works. Its performance will showcase the dazzling virtuosity and lyricism of violinist Vadim Repin.

From 1858 until his death in 1868, Rossini and his wife hosted renowned salon evenings at their villa outside Paris. There, young musicians and intellectuals enjoyed Rossini’s gourmandise and the musical manifestations of his famous wit—songs and piano miniatures that the composer called his Péchés de vieillesse. These good-humoured, tongue-in-cheek, delightfully zany pieces are Erik Satie avant la lettre with titles like “Abortive Polka” and Four hors-d’oeuvre: Radishes, Anchovies, Gherkins, and Butter.

Commissioned by Ballets Russes director Sergei Diaghilev in 1918 (shortly before Pulcinella was commissioned from Stravinsky), Respighi’s La boutique fantasque is a brilliant pastiche of Rossini’s Péchés. Colourfully scored with delightful timbres from celesta, harp, bells, and piano, the ballet consists chiefly of dances performed by mechanical dolls, such as the “Tarantella,” “Mazurka,” and “Can-Can.”

The seductive appeal of Bruch’s First Violin Concerto was immediately apparent at its 1868 premiere, in its final version revised by Brahms’ intimate friend, violinist Joseph Joachim. One contemporary review wrote, “The two main movements, the Adagio and the energetically clever Finale-Allegro are excellently contrasted; the former will, on its own merit, pioneer a way though music.” The innovative opening Prelude is almost like a fantasy with two dreamy, expansive melodies framed on either side by solemn chords. These chords lead into an inspired, lyrical sonata-form Adagio, followed by a crackling Finale. 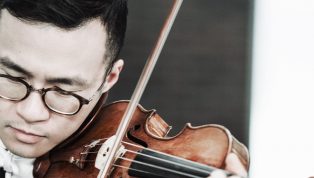 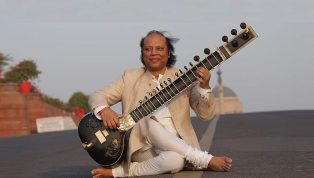