Bringing together strings, woodwinds, and brass in an atypical ensemble formation for his time, Beethoven’s Septet gives all players an opportunity to shine through individualized writing. Composed with “taste and imagination” according to a contemporary critic, the work was so overwhelmingly successful from its premiere that it succeeded in exasperating its composer! (Re) discover this light-hearted piece, recorded by the OSM Chamber Soloists in 2018.

After making your purchase, you will receive an email with a personalized link for viewing the concert, redeemable for a period of 14 days after the webcast is made available.

DONATE AND GIVE THE GIFT OF MUSIC

Each donation will allow residents and employees of long-term care facilities (CHSLD) from the CIUSSS Centre-Sud-de-l’Île-de-Montréal to view an OSM concert free of charge.

Not only does your donation support the OSM’s mission of accessibility and education, additionally, in this time of global health crisis, your gift supports initiatives that help to maintain our vital connection to the community.

During this time of pandemic, your support matters!

* The OSM issues a tax receipt for any donation of $25 or more. Tax receipts for amounts under $25 will be issued upon request.

Todd Cope was appointed Principal Clarinet of the OSM in 2013. He was previously a member of the Vancouver Symphony Orchestra and a member of the New World Symphony in Miami Beach, Florida. In addition, he has performed with the Sun Valley Summer Symphony and Grand Teton Music Festival Orchestra, the Scottish Chamber Orchestra, and has held fellowships at the Aspen and Eastern music festivals, the National Repertory Orchestra, the Music Academy of the West, and the American Institute of Music Studies in Graz, Austria. He graduated from the College-Conservatory of Music of the University of Cincinnati where he studied with Richie Hawley. Todd Cope also completed a professional studies certificate at the Colburn School, where he was a student of Yehuda Gilad. He is currently on the faculty at the Schulich School of Music of McGill University, and is an exclusive performing artist for Buffet Crampon.

Ali Kian Yazdanfar maintains an active career not only as principal double bass of the OSM, but also as a soloist, chamber musician, and pedagogue. After a physics degree from the Johns Hopkins University, he has been a member of the Houston Symphony, the National Symphony in Washington, D.C., the San Francisco Symphony and the Orchestre symphonique de Montréal, where he currently plays. Currently an Assistant Professor at the Schulich School of Music at McGill University, he is often invited to give masterclasses worldwide. Ali can also be heard on many recordings with the OSM, several of which have been awarded Juno and Opus awards. With the Australian Chamber Orchestra, he was guest principal bass on the 3x Grammy winning recording of Maria Schneider’s Winter Morning Walks.

Principal Cello of the Orchestre symphonique de Montréal since 1999, Brian Manker leads a diverse musical career as a performer and pedagogue. Besides giving frequent solo concerto performances with the OSM, Mr. Manker is a member of the Opus and Juno Award-winning New Orford String Quartet. Currently a Professor at the Schulich School of Music of McGill University, Brian launched the Beethoven Project and founded the Adorno Quartet in 2007, whose objective is to perform all Beethoven's quartets in their original setting: a private salon. In 2010, he made a recording of the complete Cello Suites of J. S. Bach. Brian Manker plays a cello built in Venice c. 1728–1730 by Pietro Guarneri with a bow crafted c. 1850 by Joseph René Lafleur, generously loaned to him by Canimex.

Recently appointed Principal Viola of the Orchestre symphonique de Montréal, Brazilian-American Victor de Almeida served as Principal Viola of the Vancouver Symphony Orchestra during the orchestra’s 2018-2019 season. A double prizewinner at the 2008 Primrose International Viola Competition, Victor de Almeida has enjoyed a busy career as a Los Angeles-based musician in the Hollywood film and television industry, playing in over 500 major motion pictures and television shows. A prodigy, Victor de Almeida began his career as a soloist with the Recife (Brazil) Philharmonic at the age of 15. Since then he has performed as a recitalist across America and in Brazil. Victor has served as Principal Violist of the Cincinnati Symphony Orchestra and Associate Principal Violist of the Indianapolis Symphony Orchestra. He constantly seeks new music to premiere, and has contributed substantially to the existing repertoire for viola by transcribing works for other instruments. This includes his 16-year project to transcribe the orchestral score of Igor Stravinsky’s The Rite of Spring for viola and piano. A passionate advocate for the instrument, Victor de Almeida continues his mission to inspire the world to know and recognize the beautiful sound of the viola as a solo instrument.

Born in Montreal, Stéphane Lévesque has held the position of Principal Bassoon with the OSM since 1998. He has also held principal positions with Canada’s National Arts Centre Orchestra, the Buffalo Philharmonic Orchestra, and the Saito Kinen Orchestra in Japan. Mr. Lévesque has appeared as a soloist on several occasions with the OSM as well as with the Orchestre symphonique de Québec, the New World Symphony, Les Violons du Roy, and the U.S. Army Orchestra. He has given master classes in numerous institutions throughout the world, including the Curtis Institute, the National School of Music in Mexico City, the Conservatoriums in Adelaide and Sydney in Australia, and the Conservatoire supérieur de musique de Lyon. Stéphane Lévesque graduated from the Conservatoire de musique de Montréal and obtained a master’s degree from the Yale School of Music, where he studied with Stephen Maxym and Frank Morelli. 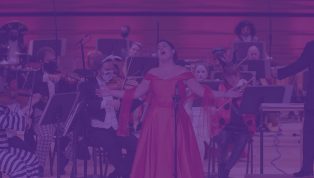 Halloween with the OSMWEBCAST 30 OCT. to 2 NOV. 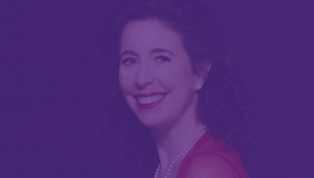 *Offer valid until 15 December 2020 at 17:00 at current prices, on the complete selection of concerts available at the time of purchase. Final sale. No refunds. Cannot apply to tickets already purchased. Cannot be combined with any other promotional offer.