Canadian Brass returns to the Classical Spree, to the public’s great delight. With more than two million albums sold and a vast repertoire of original pieces, standards, and arrangements, Canadian Brass transports listeners to a captivating and exhilarating world of sound. The group’s performers share their passion for brass with finesse and fun.

« Each of the members had solos: screeching high trumpet, the seductive flugelhorn, and the smooth sounding trombone leading the way. I can never get enough of the wonderful blend of this group of fine musicians.” – Toronto Concert Reviews

With an international reputation as one of the most popular brass ensembles today, Canadian Brass has truly earned the distinction of “the world’s most famous brass group”. Friends Chuck Daellenbach and Gene Watts first came together in 1970 to form a brass quintet, a chamber music setting not entirely new, but never before having garnered the success and storied career Canadian Brass would achieve over the next 40 years. Masters of concert presentations, Canadian Brass has developed a uniquely engaging stage presence and rapport with audiences.  Each of their concerts will show the full range from trademark Baroque and Dixieland tunes to new compositions and arrangements created especially for them – from formal classical presentation to music served up with lively dialogue and theatrical effects. With a discography of over 130 albums and an extensive world-wide touring schedule, Canadian Brass is an important pioneer in bringing brass music to mass audiences everywhere. They have sold well over 2 million albums worldwide. They were the first brass ensemble from the West to perform in the People’s Republic of China as well as the first brass group to take the main stage at the venerable Carnegie Hall. 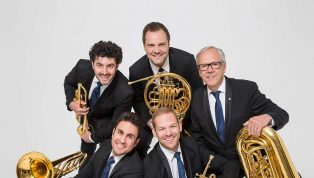 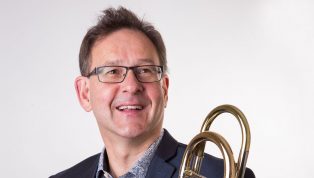