“Listen to my music … everything is there,” avowed Shostakovich. This Piano Quintet demonstrates several facets of the composer’s personality: gravitas, rigour, theatricality, and irony. Its highly personal substance brings out the expressive and lyrical intensity of this work, performed by outstanding chamber musicians.

“Pouliot puts the listener at ease and makes them receptive to what he has to say, executing the concerto with a superb sound and well-placed sweetness.” – Le Devoir

Chamber music specialist James Keller writes, “Dmitri Shostakovich spent practically his whole career falling in and out of favor with the Soviet authorities in a game of totalitarian badminton.” In 1939, the game was going well enough for him that the Beethoven String Quartet requested a new chamber piece. The resulting Piano Quintet, premiered by the composer and commissioning ensemble, won the Stalin Prize in 1940 and achieved lasting success. In this work as in many others—the 1952 Preludes and Fugues for Piano, for example—Shostakovich pays homage to the forms, textures, and counterpoint of J. S. Bach. Indeed, Prokofiev found the Quintet’s opening Prelude and Fugue “too Bachian.”

After an intense, passionate introduction, this Prelude begins with a flowing piano tune surrounded by weaving countermelodies; the return of the introductory material leads attaca into a slow and pensive Fugue, led by strings and underpinned by piano. The high-spirited Scherzo has two trio sections, the second with zany violin pizzicato, but this dense texture and energetic pace suddenly dissolve in the hushed, minor Intermezzo. For a moment, all that remains are the soaring, melancholy melodies of the violin over a walking bass, and the whole ensemble gradually builds to a heartbreaking climax. This movement smoothly leads into the Finale, where the composer’s playful optimism returns, bringing the work to a quiet, contended close. 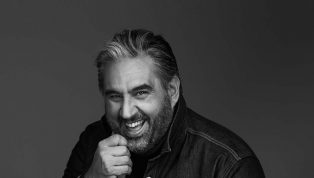 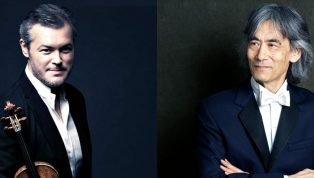