SHOSTAKOVICH: A LIFETIME’S QUEST FOR FREEDOM

British conductor Stefan Asbury leads two works of great depth that go straight to the heart of the human experience. Liszt’s Second Piano Concerto is conceived as a symphonic and lyrical poem of many moods, the perfect embodiment of European Romanticism, given to us through the expert touch of Louis Lortie. Shostakovich’s last symphony takes a serene, optimistic look at the different stages of life. It concludes one of the most remarkably intense symphonic outputs of the 20th century.

>Please refer to our Q&A section for more details.

DONATE AND GIVE THE GIFT OF MUSIC TO HOSPITALIZED CHILDREN

Each donation will allow patients of the Montreal Children’s hospital and their families to enjoy an OSM educational concert free of charge during the month of December.

Your donation supports the OSM’s mission of education to leave a lasting impression on the lives of the younger generations.

Recent seasons saw Asbury appearing around the world, including with the NDR Elbphilharmonie Orchester, Copenhagen Philharmonic, Milwaukee Symphony Orchestra, and Auckland Philharmonia. He conducted the MDR Sinfonieorchester Leipzig as part of Beethovenfest Bonn and Orquesta Sinfonica de Bilbao during Bilbao’s Musika-Música 2019 festival. Asbury has particularly strong relationships with many living composers including Steve Reich, Wolfgang Rihm, Unsuk Chin and Mark-Anthony Turnage. As a recording artist, Stefan Asbury’s CD of works by Jonathan Harvey was awarded a Monde de la musique CHOC award, and his complete cycle of Gerard Grisey’s Les espaces acoustiques with WDR Sinfonieorchester Köln won a Deutschen Schallplattenkritik award. Since 1995 Asbury has served on the faculty of the Tanglewood Music Center and has held the Sana H. Sabbagh Master Teacher Chair on the Conducting Faculty since 2005.

Canadian pianist Louis Lortie is recognized as one of the world’s greatest and most versatile artists. He commands a broad spectrum of repertoire and a remarkable interpretive range of which his multi-award-winning recordings are a witness. A highly sought-after performer on five continents, he has established long-term partnerships with some of the greatest orchestras and conductors today. In recital and chamber music, Louis Lortie appears in the world’s most prestigious concert venues and festivals. Recent special projects included performances of Liszt’s complete Années de pèlerinage in one evening, and Beethoven’s complete sonatas cycle broadcast on medici.tv in 2021. A prolific recording artist, Louis Lortie’s thirty-year relationship with Chandos Records has resulted in a catalogue of over 45 award-winning recordings of repertoire from Mozart to Stravinsky. He is co-founder and Artistic Director of the LacMus International Festival on Lake Como (Italy) and a Master in Residence at the Queen Elisabeth Music Chapel of Brussels. 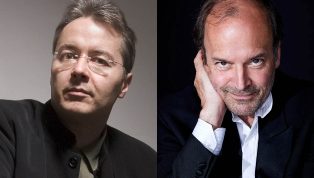 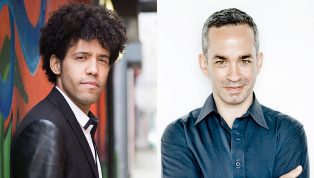