Schubert was only 16 when he composed his Symphony no. 1, while completing his musical studies. Still influenced by Mozart and Haydn, his personal style emerges in the poetic Andante movement. Meanwhile in Vienna, queen city of the waltz, balls and soirées glistened to the sound of waltzes by Lanner or Johann Strauss the Younger.

Ian Bostridge’s international recital career takes him to the foremost concert halls of Europe, South-East Asia and North America, with regular appearances at the Salzburg, Edinburgh, Munich, Vienna, Schwarzenberg and Aldeburgh festivals. He has had residencies at the Wiener Konzerthaus, Carnegie Hall New York, Concertgebouw Amsterdam, Luxembourg Philharmonie, Barbican Centre, Wigmore Hall and with the Seoul Philharmonic, the first of its kind. In opera, he has performed Tamino (Mozart, Die Zauberflöte), Jupiter (Handel, Semele) and Aschenbach (Britten, Death in Venice) at the English National Opera, Quint (Britten, The Turn of the Screw), Don Ottavio (Mozart, Don Giovanni) and Caliban (Adès, The Tempest) for  the Royal Opera House, Covent Garden, title role in Jephtha for Opéra de Paris, Don Ottavio at the Wiener Staatsoper, Tom Rakewell (Stravinsky, The Rake’s Progress) at the Bayerische Staatsoper, Munich and Quint at Teatro alla Scala, Milan. Highlights of the 2019–2020 season include a US recital tour with jazz pianist Brad Mehldau, including Mehldau’s The Folly of Desire, written for Ian, a world premiere of a new commission by Olli Mustonen at the Amsterdam Concertgebouw and Wigmore Hall, Debussy’s Livre de Baudelaire orchestrated and conducted by John Adams with the Orchestre philharmonique de Radio France, Aschenbach in Death in Venice at the Deutsche Oper Berlin, and the Madwoman in Curlew River on tour with the Britten Sinfonia. His many recordings have won all the major international record prizes and been nominated for fifteen Grammys. He was made a Commander of the British Empire in the 2004 New Year’s Honours. In 2016, he was awarded the Pol Roger Duff Cooper Prize for non-fiction writing for his latest book, Schubert’s Winter Journey: Anatomy of an Obsession 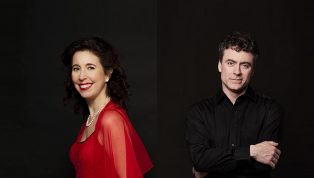 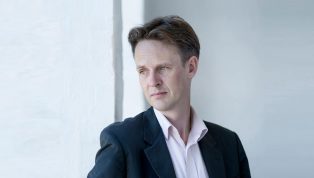